This is a great question. I know for me at this point and for the past decade, green juices and beans and greens satisfy me and make me feel satisfied without feeling heavy. I think for me the best “full” feeling is the satisfied feeling and not the heavy feeling.

You of course need to experiment and find what works for you. Before I got sick recently, I would intermittent fast and only eat 2 meals a day. Here’s what a day of eating looked like for me:

Breakfast: 32-ounce green juice OR coconut chocolate smoothie and a 2nd smoothie, which I call my 2nd breakfast

Lunch/dinner: big salad with some cooked beans and some cooked root vegetables depending on the season

This is why I recommend a high raw vegan diet. For me personally, I can’t do more than 10% fat without stomach pain so getting that protein that makes me feel full from nuts would not work and would make me feel bad. The whole point of eating clean is to feel good so forcing myself to fit in a 100% raw box without taking into account the foods I enjoy and how my body responds to the foods I eat would be silly.

I mentioned this is how I ate before I got sick. While I was sick, I was so weak at one point I could not put a meal together even though I was starving. A fear of being hungry is a real thing for me and has in the past caused me to eat foods that were not the most nutritionally dense. Being in that state where I was in fact really hungry but my body would not cooperate, I got really frustrated and was crying even. My body felt like it would never be normal again.

I am happy to say I am on the other side of that illness but the experience has me wanting to be more full than before and I am not interested in intermittent fasting right now. Before, intermittent fasting was great for me because I was a glutton that needed the guard rails of a cut off time for the kitchen. I still don’t eat past 7 pm. My wind down is 8 pm and I am horizontal by 10 pm so for my digestive health, I still do at least a 12 hour fast but not a 16 hour one.

Here are some meals that I am enjoying right now: 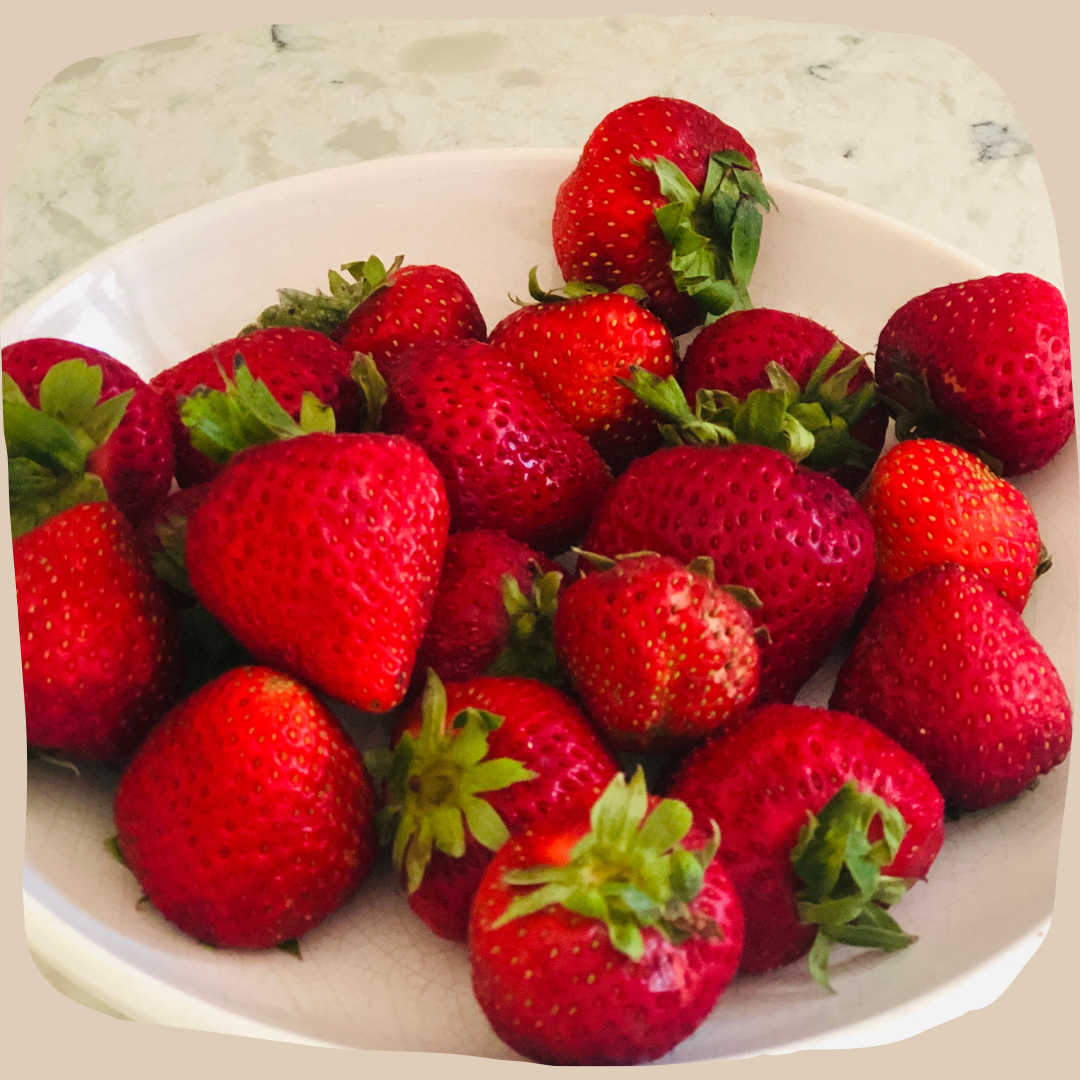 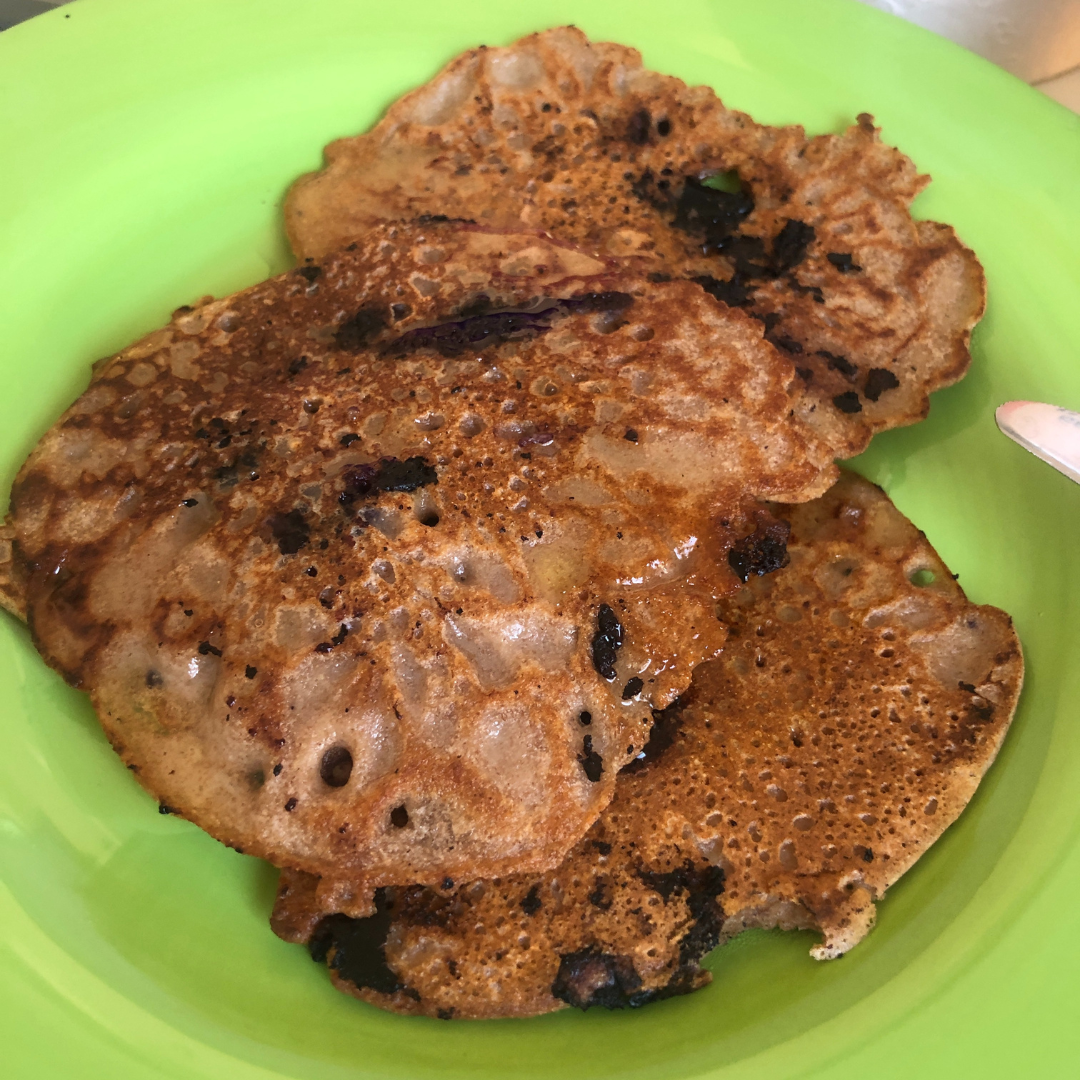 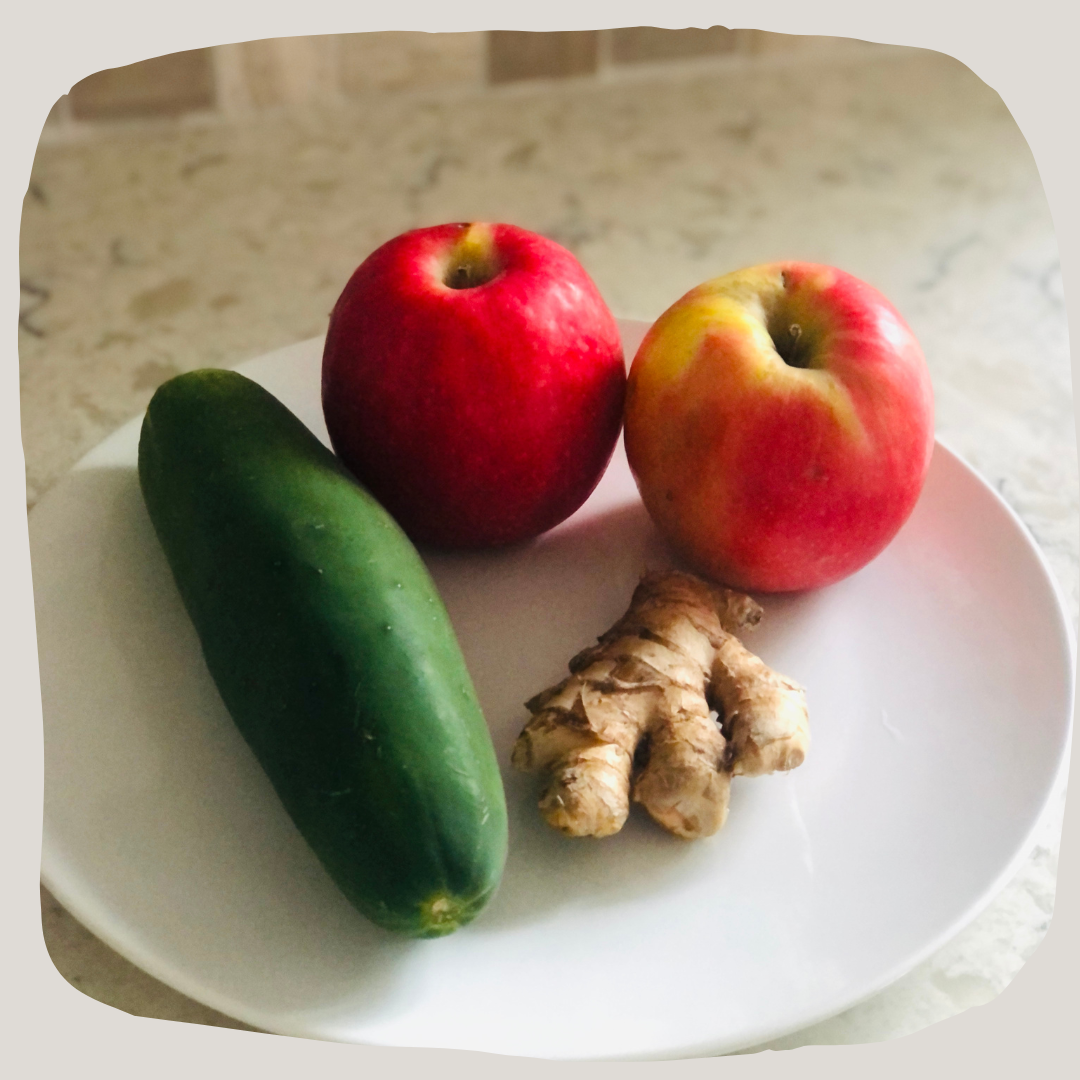 This has a good amount of ginger, which I needed at the time to loosen up mucus in my lungs after being sick for a week and half. Also ginger is an antiviral herb. With this new BA variant out, which is no joke, I am loading up on foods like these, including raw garlic, lemon, cayenne and neem.

Here’s some other fun facts about ginger you may find as interesting as I did: 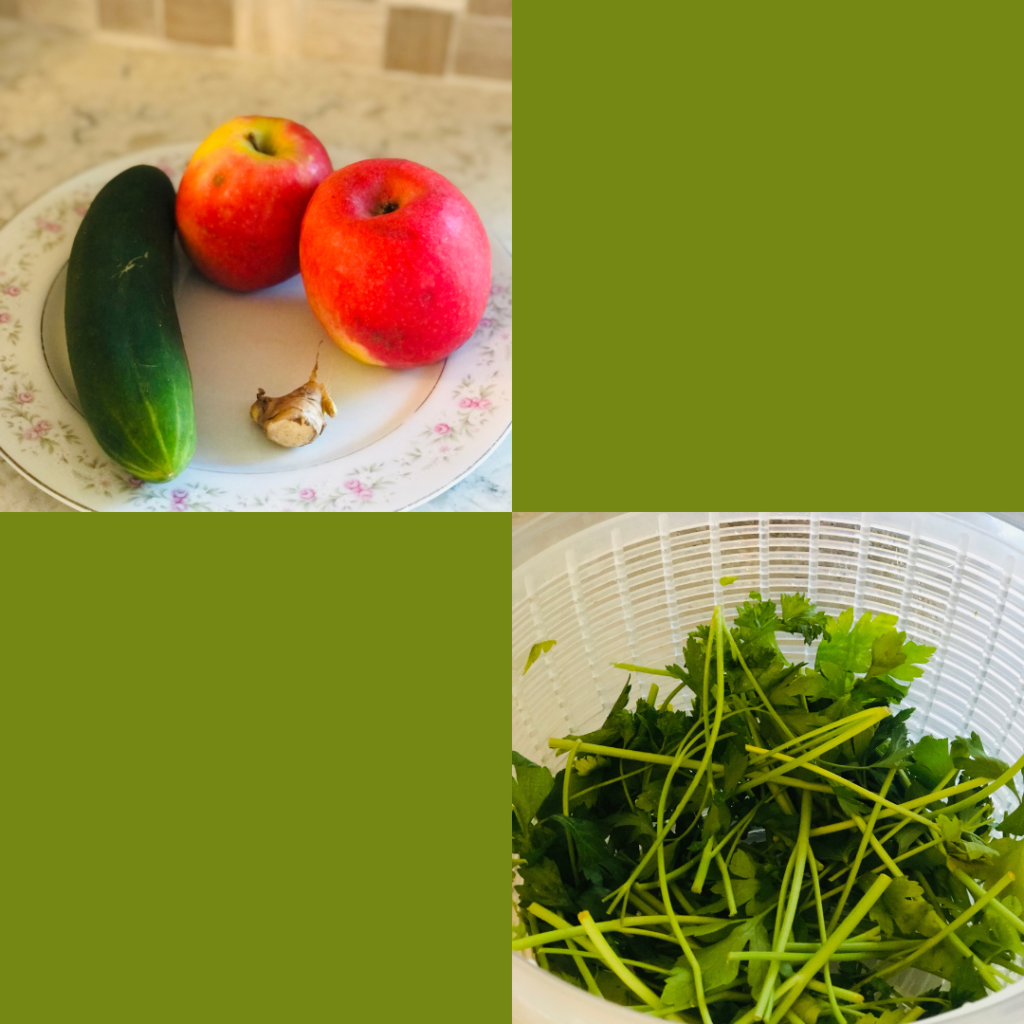 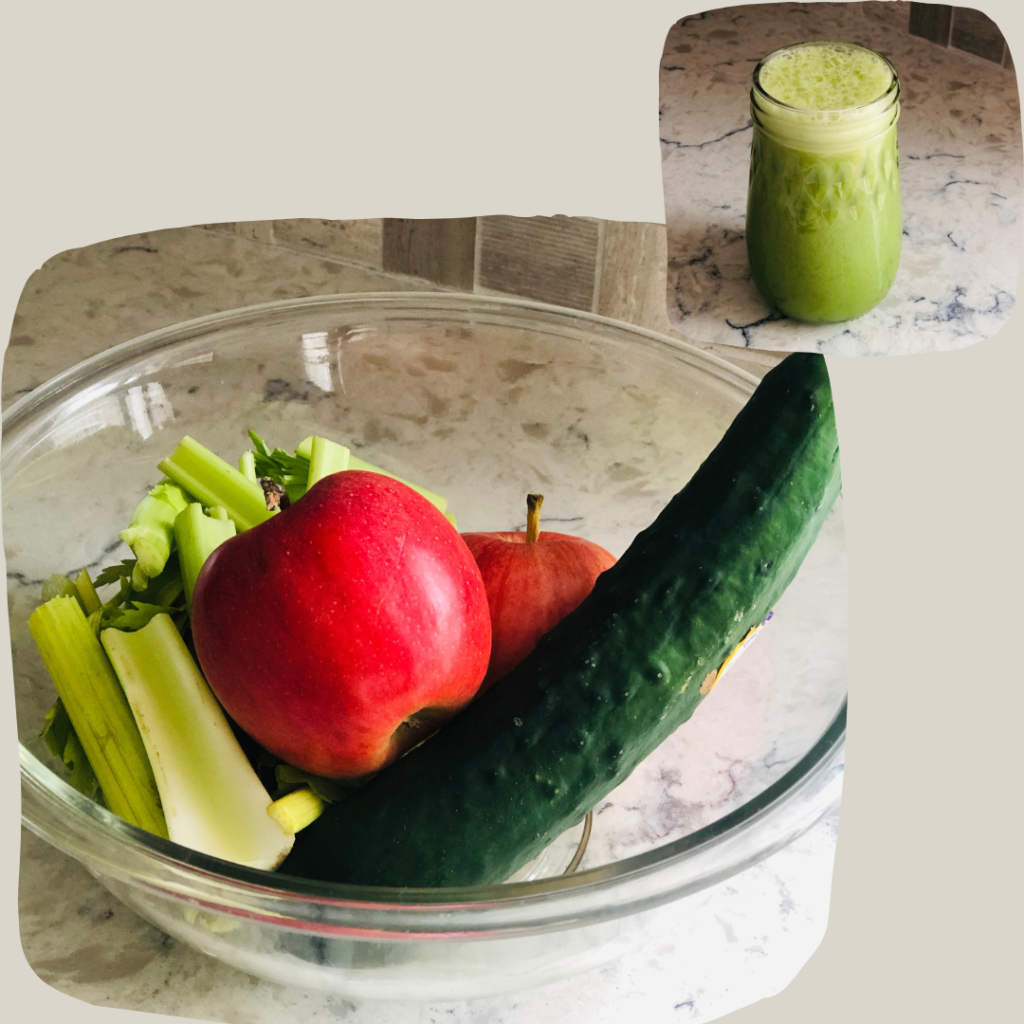 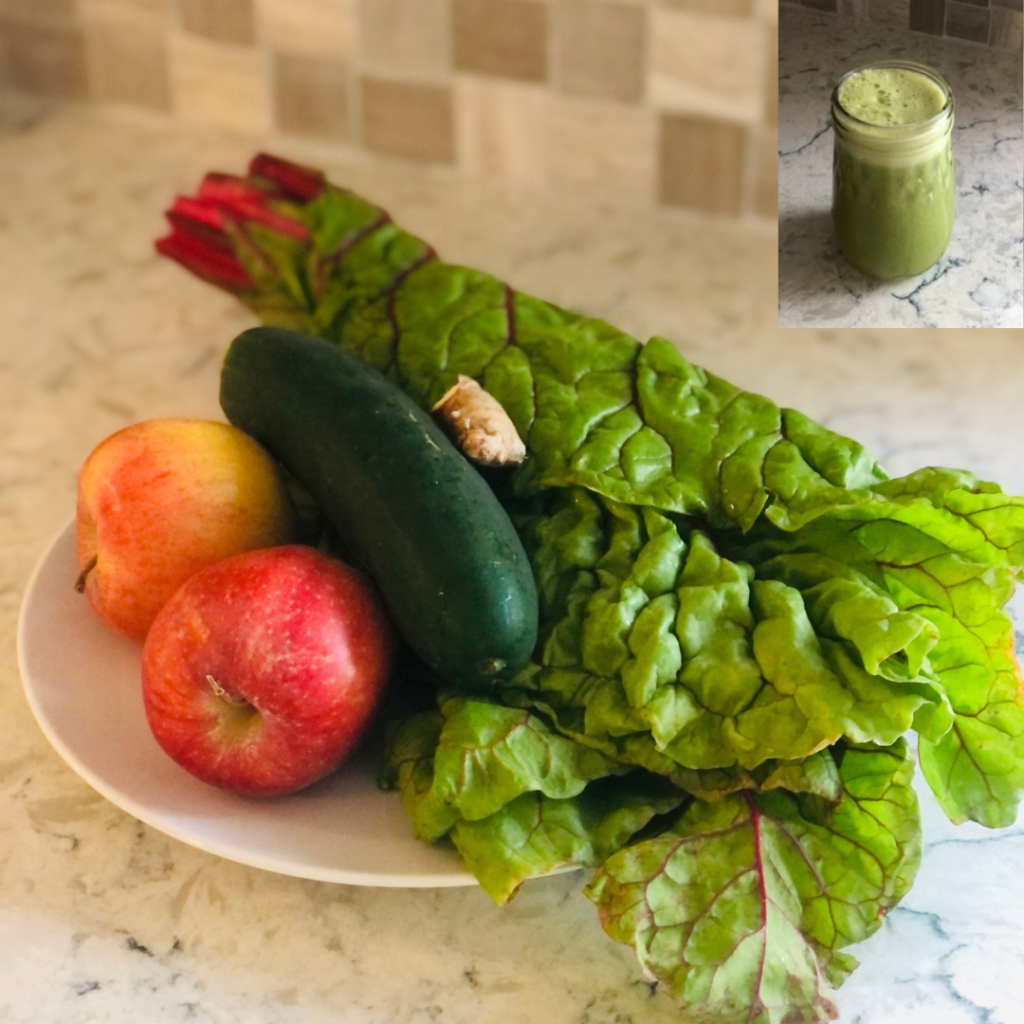 Kale with everything.
I rotate all the beans each week so I am getting in variety. 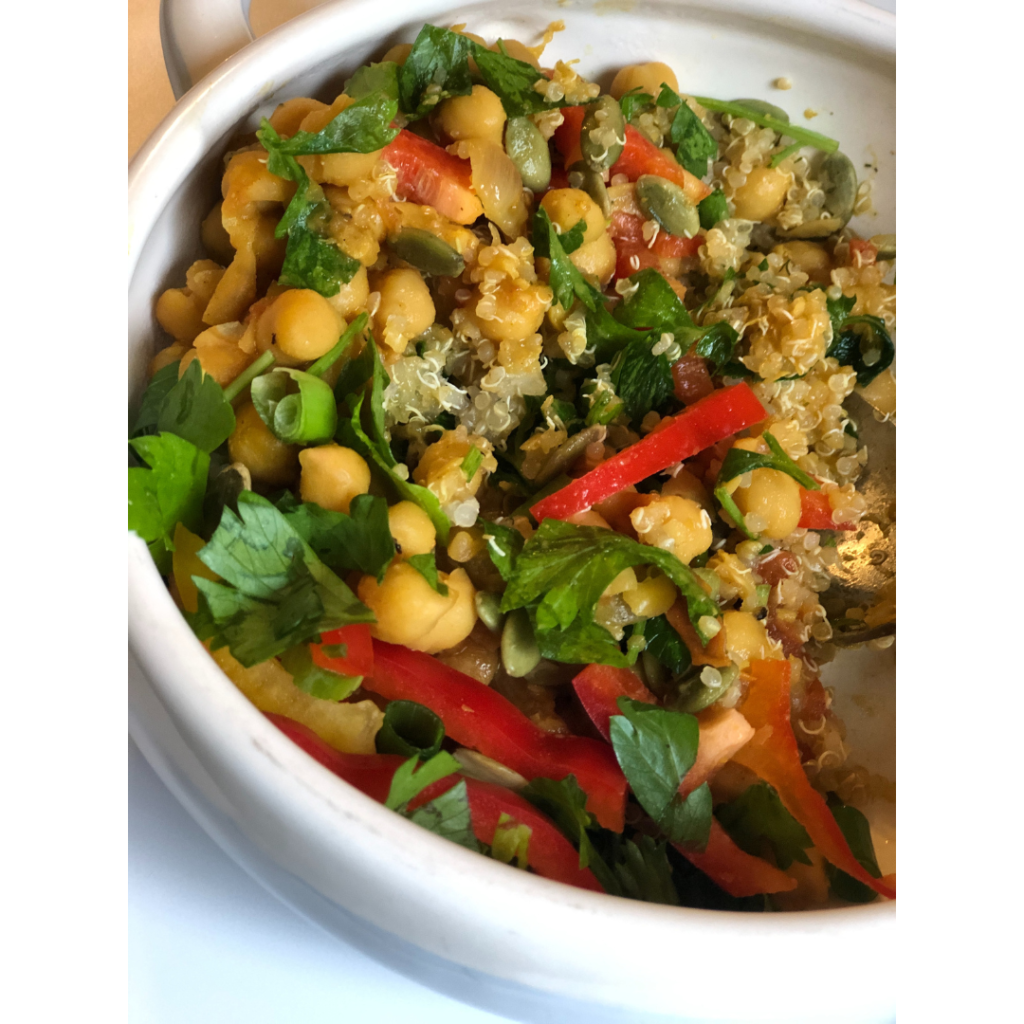 My salad recipes right now are inspired by this amazing book.

Since I had swiss chard on hand, I was able to make this colorful salad 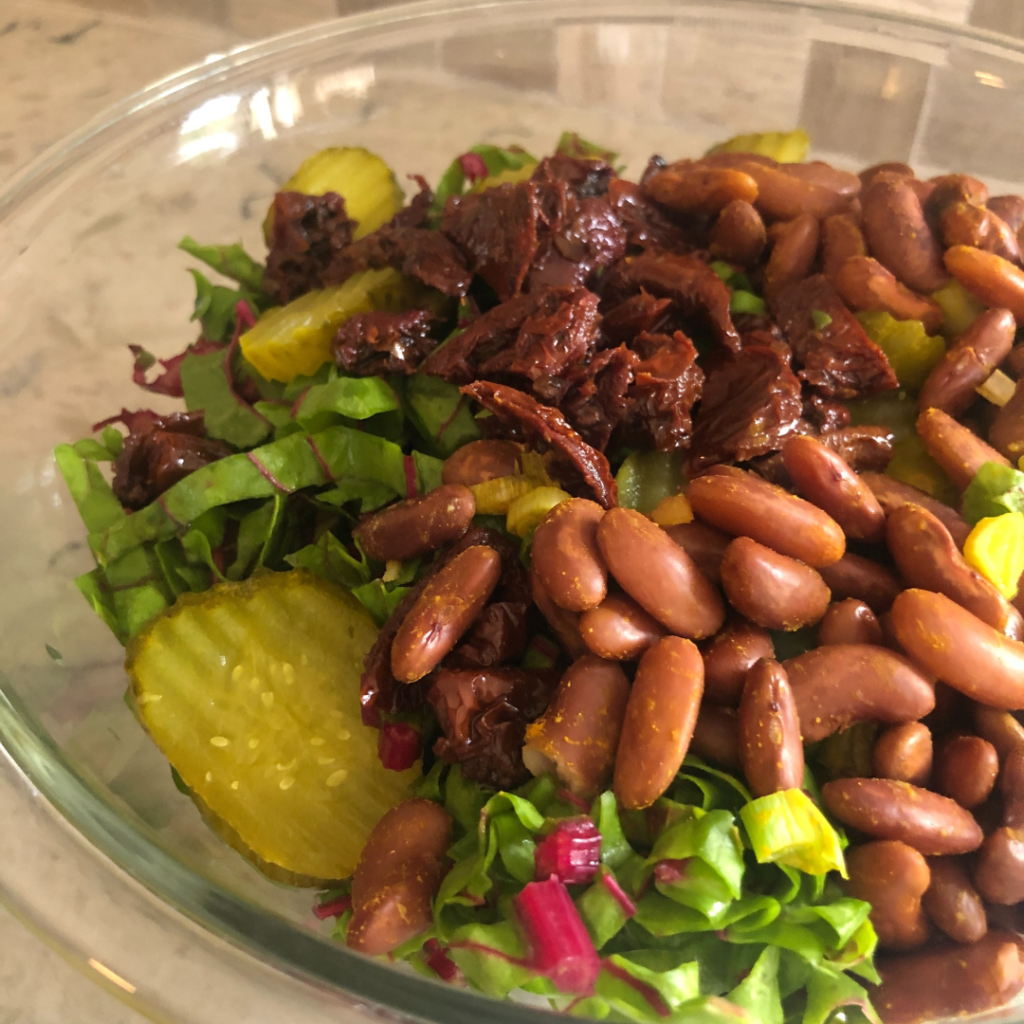 As for water, getting down 3 liters was difficult in the beginning. I had to train myself to do it. I was inspired by Dr Brooke Goldner. I just wanted to know if I could do it. Turns out I can with much practice.

These days though I do enjoy using herbal extracts in my water. I’ve used lobelia for when anxiety is coming after me, cramp bark during the first day of my menstrual cycle, and ginger because it is nice and warming for that first week of the menstrual cycle. 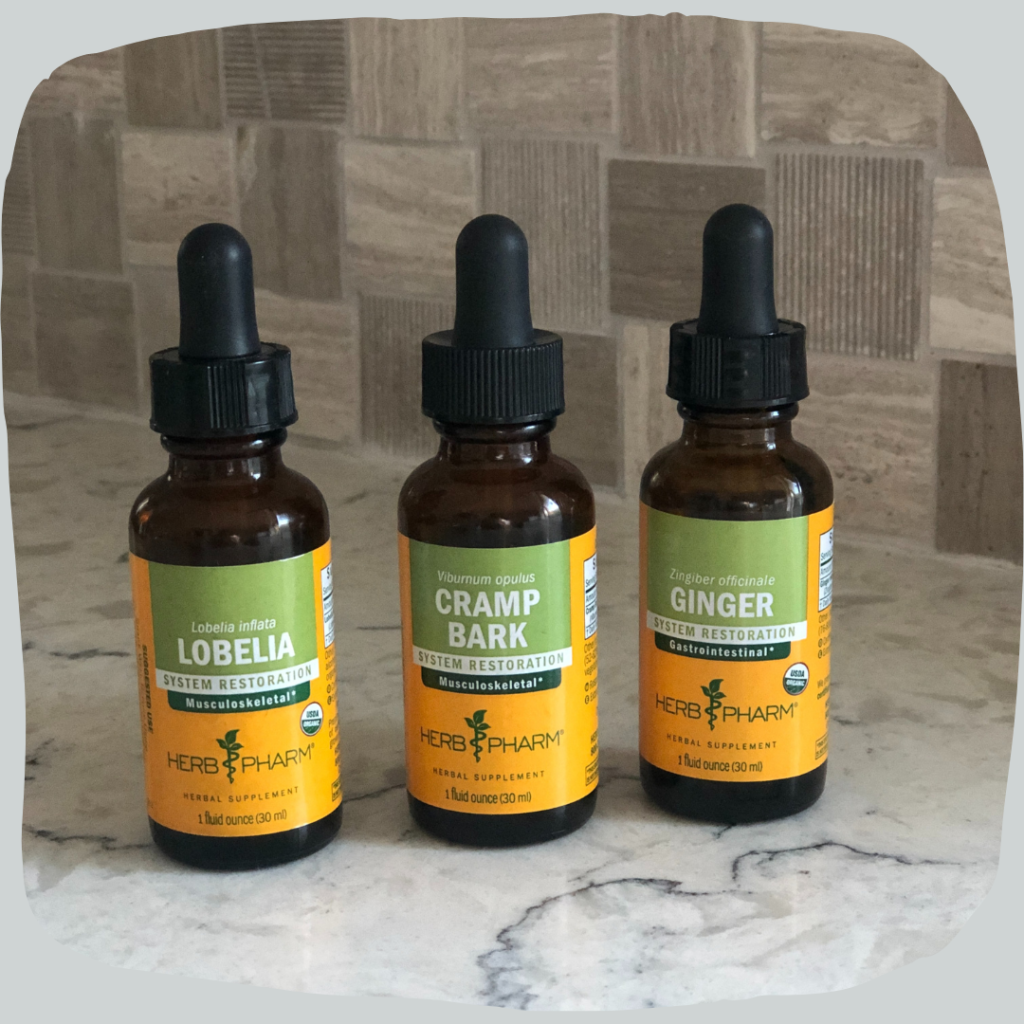 Drinking lots of water helps to feel full. A lot of times when we are hungry, we are actually thirsty. Also, since I was practicing a 16:8 intermittent fasting schedule and I am an early eater, I would finish my meals by 3 pm and get the water in afterwards and end by 8 pm. With that schedule, I would have at least 2 hours before bed without water consumption so I didn’t need to wake up to go to the restroom.

While I get in my water, I make sure to get it from a glass bottle. I been getting cases of still Italian mineral water from Whole Foods. I also have a Zero Water filter I use for food prep. That water has no flavor at all so I do prefer the taste of mineral water over the Zero Water when drinking water plain.

Here’s why plastic is so dangerous…

Plastics can make you fat. They contain endocrine disrupting chemicals and chemicals that induce the growth of fat cells. They also disrupt our metabolism. It’s crazy because we talk so much about this obesity epidemic going on. There is so much fat shaming but not many people are pointing the finger at a major culprit which is the pervasiveness of plastics in our environment. They are in food packaging and household items like kitchen sponges and placemats. We know that household items offgas so we inhale these toxins as well.

This is how plastic chemicals get into the body. Chemicals leach from plastic food containers, especially when heated. Children chew on toys or items like plastic sponges. Chemicals get absorbed through the skin when you wear plastic gloves or slippers. We breathe them in. Phthalates have even been found in household dust.

Remember folks who had obesity were at high risk of dying from COVID-19. We went on a global shutdown, had vaccination mandates, and business closures for 2 full years. Where is the accountability for plastic producers inundating the environment with a huge cause of obesity?

Almost three times more people are obese today than they were in 1975. There was a time when we had no plastic in our environment.

These chemicals, also known as obesogens, mess with the endocrine system, which controls appetite, metabolism and weight.

This is why it is best to make your own food as much as possible to avoid buying packaged food because even if it is the healthiest raw vegan thing but in a plastic container, it is working against your metabolic health. One idea could be for raw vegan restaurants to serve items in glass containers that we can return cleaned for a discount on the next order. Not only is this great for the environment, should save some cost for the restaurant but should also foster a sense of community. And should that glass container not come back, glass can be reused and recycled.

Something to note too for the environmentalists or environmentally conscious among us, more chemicals usually have to be added to a plastic when it is recycled and reused. So buying something made of recycled plastic is not saving you. It is actually worse.

This is further encouragement to jump on the minimalism bandwagon. Buying less things and making meals at home not only saves you money but also your metabolic health in minimizing exposure to the obesogens in plastics. 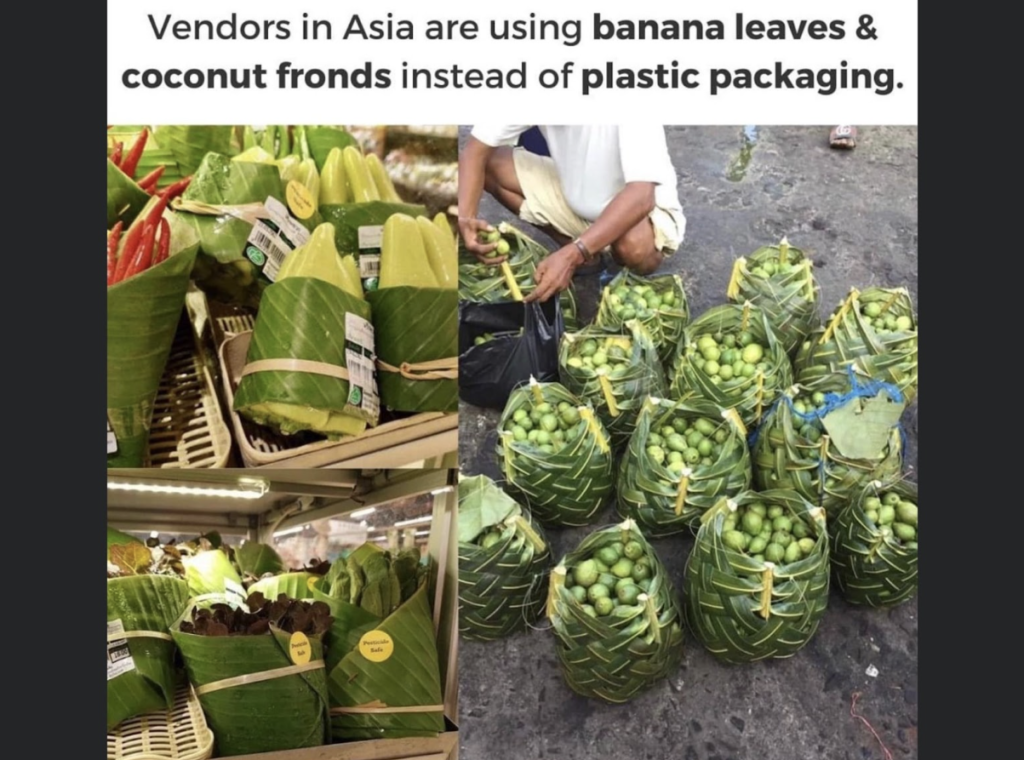 Chemicals in plastics are not the only obesogens that disrupt metabolism. Pesticides are also guilty.

More than 80 percent of U.S. children and adults likely have glyphosate in their urine.

That is the surprising finding of a research study done by the National Health and Nutrition Examination Survey (NHANES) of the Centers for Disease Control and Prevention (CDC), which discovered glyphosate in 1,885 of 2,310 urine samples of Americans aged six and older.

In the U.S., glyphosate has become more regularly used since Monsanto first introduced Roundup in 1974. It is the most common agricultural herbicide in the country and the second-most common in the home and garden market.

Compared to adults, children are more intensively exposed to pesticides because they consume more food, drink more water, and breathe more air. Additionally, children have a lengthy future in which they may get illnesses with slow incubation times, like cancer. Particularly with the pesticide glyphosate, this is a worry.

Herbicides and pesticides also drain our energy levels. So how do we avoid it?

We need to go organic with our food consumption.

We need to encourage our neighbors not to spray it on their yard. In my neighborhood, unaware seniors use it a lot on their yard so there is no running on grass but also the wind is blowing those chemicals everywhere and affecting the entire community.

How can we be more influential with our neighbors?

I tend to send my concerns to local leaders who were elected to lead. There is also something to be said about grassroots movement building. With as much as we know, I am still so surprised by how much folks don’t know, like don’t spray chemicals on your lawn that will harm the person spraying and the rest of the community.

We are all leaders and have agency to create change. A collective voice that is organized around a specific purpose and goals is even more powerful to influence change.

Connecting with your HOA or whatever organized group you have going in your community can help you tap in to conversations already happening either around the topic or will allow for you to introduce the topic to start pulling a group of concerned citizens together. It may even take some education of the group. This is what it means to step up and be a leader.

Come with good information and a plan. Be open to the community weighing in on that plan with suggestions to make it better or concerns. Address the concerns and be flexible with adjusting the plan so it can work for as many people as possible while also reaching the common goal. Engage in thoughtful, empathetic conversation. I like the saying that says to go fast, go alone but to go far go together. This is a go together situation since the community affects us individually with their actions. The alternative to living in a community where folks who are not privy to the detrimental effects to the exposure of pesticide, is to up and move to an island where you live by yourself, which comes with its own challenges and for 99% of us is not an option.